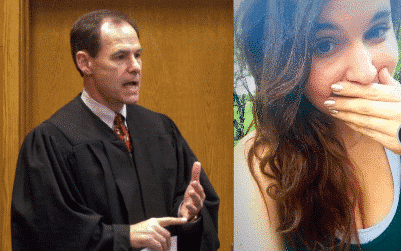 Holmes alleged the reason the government brought tax charges against the Boltons was,

“to get egg off of their face”

after they couldn’t get an indictment against the Boltons for food theft, and that

“this whole trial was an attempt to justify a false media driven unsubstantiated food theft.”

“defrauded the court”; “blatantly lied in open court”; and made “lies and deceit in open court,” “wild accusations” and “fraudulent assertions.”

“The court did something the Grand Jury couldn’t find.  It found the Boltons guilty of the theft the lawfully empaneled Grand Jury that thoroughly investigated the charges could not find ….  Like it or lump it, this court tried, convicted, and sentenced the Boltons although the Grand Jury refused to indict.”

Holmes went on to castigate Judge Starrett and accused him of “deep seeded (sic) prejudice” after he enhanced Charles Bolton’s sentence in connection with Bolton’s purported involvement with the stolen food from the Billy McGee Detention Center.  Holmes said,

“in open court, this trial judge says you are guilty of stealing food and you owe taxes for such.  In looking back, it is obviously from this court’s statements during the sentencing about the food that it was prejudiced on its part about an unsubstantiated, unproven set of facts [and] prejudiced his thinking throughout the trial ….  This deep seeded (sic) prejudice was evidenced and manifested itself at the sentencing.”

The prosecution quickly filed Document 252, which was a motion for sanctions against her.  In Doc. # 252, the government accused Ms. Holmes of intentionally violating several rules of civil procedure on what it called her,

“blatantly false and slanderous allegations” that “are totally unsupported by the record.”

Ms. Holmes replied to the Government’s motion for sanctions with Document 253 In that she requested oral arguments before Judge Starrett and doubled down when she stated that she,

“stands by the statements made to the Court ….”

Next, Judge Starrett  issued an Order, Document 307, which compelled Ms. Holmes to show cause as to why she should not be sanctioned by the court.  In the order, Judge Starrett said,

“the Court finds that sanctions are appropriate against Holmes and will give her two weeks from the date of this order to show cause why sanctions should not be levied against her. In order to evade sanctions, Holmes must show that each and every allegation made in her Motion [250] is supported by facts contained in the record and must specifically cite to the record for each of her factual contentions. In doing so, Holmes should keep in mind that the Court will be viewing each cited fact in light of the entire record and that it will consider a half-truth as a whole lie.”

Ms. Holmes filed her response on August 8th, 2017. The Response to Order to Show Cause (DOC. 307) is a six page account of her emotional and personal history of friendship with the Boltons. The document is peppered with both excuses and apologies.  Ms. Holmes blamed her emotions, youth, inexperience, and failure to recognize terms for her egregious filing.  Ms. Holmes stated in her response,

“For my deep, deep emotions getting in the way of my thinking in trying to defend Linda Bolton, I sincerely apologize to the Court and all those concerned who I may have offended”

“In rereading the transcripts and information on the record I have access to, I now see how my emotions heavily clouded my thinking.”

“I realize I misunderstood a number of things, and for that, I owe an apology to Mr. Fred Harper.

“My failure to recognize the terms ‘likely’ and ‘potential’ in the rule and transcript is much of the root in why, again, my interpretation was that the government had misled the court”

[adrotate banner=”1357″]  Rules under which Ms. Holmes might be sanctioned.

There are several ways the legal profession punishes a lawyer’s improper conduct that may be grounds for sanctions against Ms. Holmes.  According to my discussions with several attorneys, it is very rare for an attorney to be sanctioned.  But it looks like that may well happen to Ms. Holmes less than a year after becoming a lawyer.  Here are some of the rules that Judge Starrett may find she violated.

The Rules of Professional Conduct provides standards that attorneys must adhere to.  If the Mississippi Bar learns that a lawyer violates one of these “ethical” rules, it can take any number of actions against him, including disbarment, suspension from the practice of law, or public or private reprimand. In Doc. # 252, the government accused Ms. Holmes of intentionally violating several of those rules based on what it called her “blatantly false and slanderous allegations” that “are totally unsupported by the record.”

The duties created by Rule 11 boil down to two basic categories.  First, the lawyer did not file the pleading or motion for an improper purpose, such as to harass or cause unnecessary delay or expense.  Second, the lawyer made a reasonable inquiry (or investigation) into the factual and legal contentions made in the motion or pleading.  Here’s the exact langue in Rule 11:

(b) Representations to the Court. By presenting to the court a pleading, written motion, or other paper–whether by signing, filing, submitting, or later advocating it–an attorney or unrepresented                party certifies that to the best of the person’s knowledge, information, and belief, formed after an inquiry reasonable under the circumstances:

(1) it is not being presented for any improper purpose, such as to harass, cause unnecessary delay, or needlessly increase the cost of litigation;

(2) the claims, defenses, and other legal contentions are warranted by existing law or by a nonfrivolous argument for extending, modifying, or reversing existing law or for establishing new law;

(4) the denials of factual contentions are warranted on the evidence or, if specifically so identified, are reasonably based on belief or a lack of information.

(1) In General. If, after notice and a reasonable opportunity to respond, the court determines that Rule 11(b) has been violated, the court may impose an appropriate sanction on any attorney,                    law firm, or party that violated the rule or is responsible for the violation ….

(2) Motion for Sanctions. A motion for sanctions must be made separately from any other motion and must describe the specific conduct that allegedly violates Rule 11(b) ….  If warranted, the court may award to the prevailing party the reasonable expenses, including attorney’s fees, incurred for the motion.

(3) On the Court’s Initiative. On its own, the court may order an attorney, law firm, or party to show cause why conduct specifically described in the order has not violated Rule 11(b).

(4) Nature of a Sanction. A sanction imposed under this rule must be limited to what suffices to deter repetition of the conduct or comparable conduct by others similarly situated. The sanction may include nonmonetary directives; an order to pay a penalty into court; or, if imposed on motion and warranted for effective deterrence, an order directing payment to the movant of part or all of the reasonable attorney’s fees and other expenses directly resulting from the violation.

Did Ms. Holmes file Doc. # 250 for an improper purpose, such as to harass, cause unnecessary delay, or needlessly increase the cost of litigation?  Were her legal contentions warranted by existing law?  Did her factual contentions have evidentiary support?  Before she made them, did she conduct an adequate investigation to determine whether they did?  These are questions Judge Starrett will decide, of course.  But in her response to the Order to Show Cause, Ms. Holmes does not seem to address any of those issues.  She simply apologizes and basically blames her mistakes on her lack of experience and emotional ties to the Boltons.

Judge Starrett might also impose sanctions against Ms. Holmes under a federal statute, 28 U.S.C. § 1927, which prohibits lawyers in federal court from “multiplying the proceedings in any case unreasonably and vexatiously,” and authorizes federal courts to order any lawyer who does so to “satisfy personally the excess costs, expenses, and attorneys’ fees reasonably incurred because of such conduct.”

The statute requires the court to find more egregious actions than those warranting sanctions under Rule 11, basically only for “reckless” conduct, and not simply for “negligence.”  Maybe that’s the reason Ms. Holmes argues in Doc. # 313 that she simply “misunderstood” so many things and blames her actions on her “lack of accuracy and fact checking,” her “youth and inexperience,” and emotions.  But the courts have found lawyers to have acted “unreasonably and vexatiously” when they engaged in serious and studied disregard for the orderly process of justice, made claims that didn’t have a plausible legal or factual basis, or made assertions in court filings that a reasonably careful attorney would have known, after appropriate inquiry, to be unsound.

The below document (Doc.250) is what was filed by Mary lee Holmes which led to her being threatened with sanctions.

The below document (Doc.251)  was filed by Mary lee Holmes to withdraw Document 250 from the record

The below document (Doc. 252) is the government’s response to document 250, and in it prosecutors ask Judge Starrett to impose sanctions.

The below document (Doc.307)  is Judge Starrett’s Order to Show Cause as to why Ms. Holmes should not face sanctions.

The below document (Doc.313)  is Mary Lee Holmes’s response to Judge Starrett’s Order to Show Cause (Doc. 307)