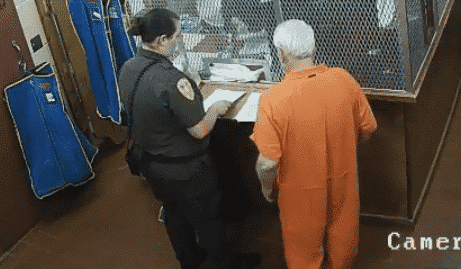 The United State’s Attorney’s office and FBI agents arrested Carl Nicholson this afternoon on unknown federal charges. Nicholson was the 3rd party designee on Charles and Linda Bolton’s tax charges, and he is reported to be John Lee’s Accountant. The Boltons are in prison on tax charges. Lee was sentenced yesterday on tax evasion. Nicholson was transported to the Stone County Correctional Facility after his arrest. It is expected Nicholson will be transported to the Federal Courthouse in Hattiesburg for his initial appearance in the coming days.

This isn’t Nicholson’s first run in with the law. In October of 2015, Nicholson was arrested while attempting to bail his son out of the Lamar County on a DUI charge. According to law enforcement records, Nicholson used profanity, was disorderly, and allegedly drunk while he was at the Lamar County Sheriff’s office.  Nicholson was arrested and charged with disorderly conduct, public drunkenness, and public profanity. The video of the arrest is below (no recorded audio). The audio being played over the video is Mr. Nicholson calling dispatch from outside the jail, wanting to gain entry. (see video below)

According to LCSO reports, after Nicholson was handcuffed in the front area of the Sheriff’s office, a deputy was assisting Nicholson with entering the rear door of the patrol car to be transported to the jail section. At that time Nicholson fell back into a bush. Nicholson then accused the deputy of pushing him down. Once Nicholson was transported to the jail area, the deputy opened the back door, and Nicholson launched out of the back onto the pavement below and again accused the officer of causing an abrasion on his leg. At that time, he was put in a restraining chair and examined for injuries. According to the LCSO, Nicholson was restrained for several hours for his own protection. One year later Nicholson pleaded guilty to the disorderly conduct charge. and then sued this outlet for publishing the below video. Nicholson lost the lawsuit. HPNM council on that case was William “Bill” Walter.