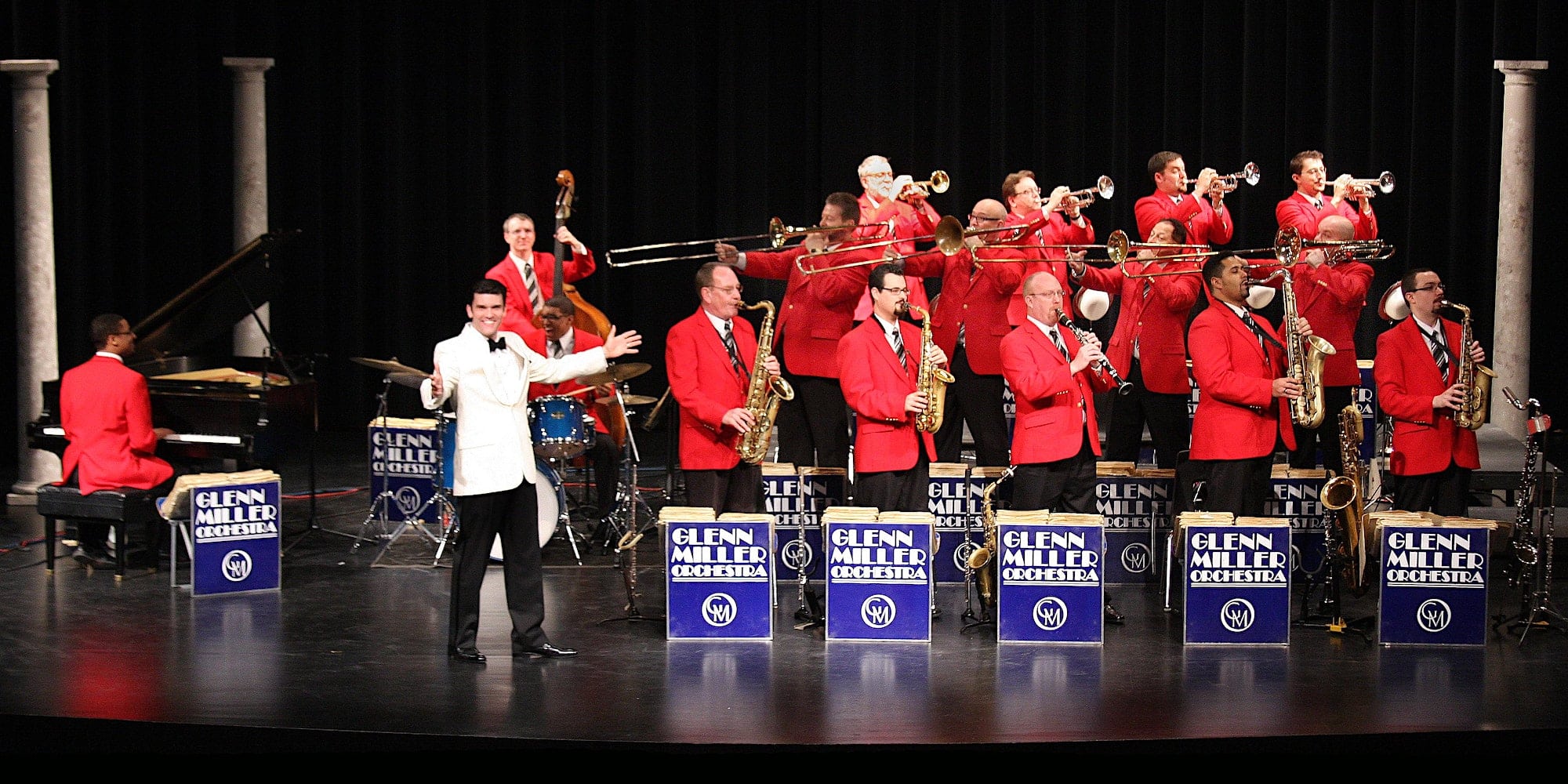 Tenor saxophonist Erik Stabnau brings his lifelong enthusiasm for big band music to each
performance of the Glenn Miller Orchestra. Having grown up with a love for the music of
the swing era, Erik naturally gravitated toward Glenn Miller, drawn to his recognizable
melodies and the distinctive sound of his reed section.

A Western New York native, Erik learned to play the saxophone, flute, and clarinet in a
variety of disciplines before developing an interest in the large ensembles of Ellington,
Basie, Dorsey, Miller and others. Excited to pursue a future in music, he attended college
at the Eastman School of Music in his hometown of Rochester, earning a bachelor’s of
music in Jazz and Contemporary Media. Intent on broadening his education, Erik went on
to study music business and recording with a masters degree in Audio Arts from Syracuse
University.

Prior to his time with the Glenn Miller Orchestra, Erik performed and recorded as a
bandleader and sideman throughout the Northeast, adding to his credentials experience as
an educator, clinician, writer, and arranger. He was thrilled with the opportunity to join
the orchestra in June 2017 on tenor saxophone, playing the music and solos that Tex
Beneke first made famous in the 1930’s and 40’s. As a member of the band, Erik has
performed across the US in 48 states and abroad in Canada and Japan and now is honored
to step in front of the orchestra as its music director.

Glenn Miller disappeared on December 15, 1944. The bandleader went down over the English Channel on a flight from London to Paris at the height of his popularity. In September 1942, just prior to going into the army, he had disbanded his famous orchestra and eventually formed the Glenn Miller Army Air Force Band to entertain the servicemen.

Not long before he enlisted, he nosed-out Tommy Dorsey, the “Best Sweet Band” in the Downbeat poll. His recordings of In The Mood, Chattanooga Choo Choo, A String of Pearls, Moonlight Serenade and Tuxedo Junction were all major hit records. Miller played to sell out crowds, and his music constantly dominated the airwaves.

On December 15, Major Miller took off in an ancient, single engine plane to precede his band to Paris. The weather was foreboding. Not very confident, he said to the pilot, “Maybe we ought to call this off?” The flight officer ribbed him about his fear of flying, “Do you want to live forever?”

Now, over sixty years since the public first embraced the successful Miller Sound, both the legend and the music live on. The Glenn Miller Orchestra is the most sought after big band in the world today for both concert and dance engagements. Still considered the greatest band of all time, its unique sound is loved by almost anybody that cares for dance music.

The Miller Estate formed the present Glenn Miller Orchestra in 1956 following strong popular demand aroused as a result of the successful motion picture, an immense box office smash – The Glenn Miller Story, starring James Stewart and June Allyson. The band has been touring consistently since, playing an average of 300 live dates a year around the globe to millions of fans.