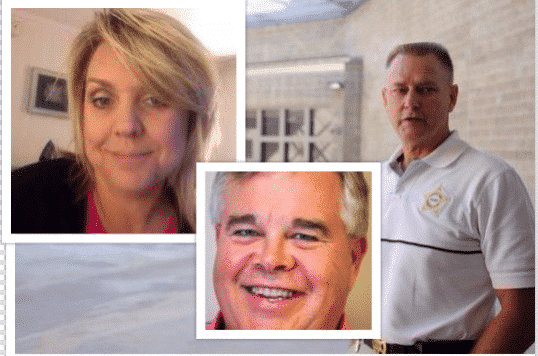 Things are heating up in the lawsuit between former Forrest County Deputy, Candace Eubanks, and  Forrest County Prosecutor, Pam Castle. Eubanks filed a lawsuit against Castle for alienation of affection, after she caught her husband, former Deputy Tim Eubanks, and Castle in their truck having sex. It was a moment Eubanks’ Attorney, Phillip Londeree, creatively described as “flagrante delicto.” Eubanks states in her filing,

“I left a voice recorder that apparently has a voice-activation feature in a vehicle owned by my husband and I.  They (Prosecutor Pam Castle and FCSO Deputy, Tim Eubanks) apparently made sufficient noise to activate it” – Candace Eubanks, Former Forrest County Deputy

The taped encounter is clearly a painful subject for Castle, and if the recording were to be made public, it would be politically and personally embarrassing. Compounding matters for Castle, is the fact that her lover, former Deputy Tim Eubanks, was also a Forrest County Deputy at the time, whom she regularly called as a her primary prosecution witness.  The defendants in these cases very likely had their rights to due process violated if Castle failed to notify the defendants of this conflict of interest.  Defendants may be entitled to have their convictions thrown out, could seek damages against Forrest County, and Castle could even be disciplined by the Mississippi Bar Association.

Beyond that it appears to become even more problematic for the Sheriff and Castle. In one such instance, local attorney Tangi Carter, was representing a defendant in a case being prosecuted by Castle in which the primary witness was her lover, Forrest County Deputy Tim Eubanks. What former deputy Candace Eubanks alleges is nothing short of sensational. Eubanks says,

“I was subpoenaed to testify in a case involving Clay Young and Tim Eubanks in Justice Court. Tangi subpoenaed me. Pam refused to recuse herself from Clay Young’s tickets and Tangi wanted me to get on the stand and testify to the fact that it was a conflict of interest because Pam and my husband at the time had been having an affair. Pam and Billy informed me that I was not to get on the stand! They put me in the back room in the court house and and told me to tell the Judge that since I was still married to Tim that (sic) was going to invoke my spousal privilege not to testify. The Judge (Pat Causey) was very ugly to Tangi.”

When Judge Causey was asked by the Hattiesburg Patriot if Eubanks’ statements were accurate, he said,

Ms. Eubanks goes on to describe how Castle exerted influence over her through her superiors in order to attempt to silence her. Ms. Eubanks states in the filing,

“I have Mrs. Castle recorded telling me that she told the sheriff to move me into a position where I could not write tickets so she would not have to recuse herself from my cases or Tim’s. Also, she would call the Sheriff and Charles Bolton and have them talk to me and tell me to drop it and stop talking about the affair.”

Ms. Eubanks also alleges that she was intimidated by the sheriff to remove a political sign in her yard showing support for Castle’s opponent, George Schmidt. Ms. Eubanks alleges,

“She (Pam Castle) called the sheriff and told him to tell me to take George Schmidt signs out of my yard and he (Sheriff McGee) told me that I could not campaign for anyone that he did not approve of and made me sign a form stating that I would not do so.”

Ms. Eubanks’s responses to Castles’ interrogatories are in the embedded PDF below.