With its decision earlier this month to uphold the convictions and sentences of former Forrest County Chief Deputy Charles Bolton and his wife, Linda, the Fifth Circuit Court of Appeals has insisted that the two defendants finally pay for the food Charles Bolton stole for years from the Forrest County Detention Center.

The Fifth Circuit Court of Appeals has upheld the sentence passed down by Federal Judge Keith Starrett, affirming that Charles and Linda Bolton are both responsible for restitution of unpaid taxes totaling $145,849.78, $28,500 of which was attributed to unpaid income tax on stolen food from the Billy McGee Law enforcement complex. The restitution also includes taxes owed on income the Boltons received from customers of their catering company, which was reported as loans on their taxes, and from unreported cashed checks written by local attorney John Lee to the Bolton’s businesses. Lee has pled guilty to filing false tax returns and has been disbarred from practicing law.

According to a filing by Bolton’s former Attorney, Joe Sam Owen, in response to Bolton’s claim on appeal that he received ineffective assistance of council (by Owen), Owen listed four conflicting accounts of what Bolton said he did with over $250,000 in money from the cashed written by Lee to the Bolton’s business.

A major source of contention with Charles Bolton’s sentence was the twelve month enhancement he received related to the stolen food (and unpaid taxes on that food). During his sentencing, Judge Starrett strongly admonished Bolton about the culture of corruption at the Billy McGee Detention center under Bolton’s tenure. Starrett told Bolton at the sentencing,

“What really upsets me is I believe what they say — there is a culture of corruption at the jail,”

Federal Sentencing Guidelines for his tax crime range from 27-33 months, but the district court handed down a 45-month prison term.  The upward variance, as it’s called, is based on a complex legal principle known as “relevant conduct.”

Relevant conduct refers to actions of the defendant – carried out as an individual or with others – that are related to the case at hand and that the courts can consider during the sentencing phase.  These actions are performed in preparation for the crime, while it occurs, and afterwards, to avoid detection, according to a Primer on Relevant Conduct produced by the U.S. Sentencing Commission last spring.

The 5th Circuit agreed with the lower court that the 12 month enhancement for Bolton’s relevant conduct connected to jail food theft at the Billy McGee Detention Center was appropriate.

The tax fraud case arose out of a 2014 investigation into whether Bolton, chief deputy since 1992, and others were stealing food from the Forrest County Juvenile and Adult Detention Center, which Bolton oversaw.  The food theft investigation, conducted by the Federal Bureau of Investigation and the Mississippi State Auditor’s Office, did not lead to charges against the Boltons; however two kitchen workers under Bolton pleaded guilty in December of 2014. One of those individuals was the kitchen manager, Alan Haralson. Haralson died a few months later from health complications.

The Boltons appealed, disputing numerous elements of the trial, including the district court’s authority to impose restitution, the way the loss amount was calculated, the length of their respective sentences, and much more.  Chief Judge Carl E. Stewart, with Circuit Judges Wiener and Higginson, addressed each of the numerous arguments raised by the Boltons and found all but one without merit. The decision for the Court of Appeals for the Fifth Circuit was filed October 18, 2018.

The original sentence directed that restitution payments of $1,000 monthly begin immediately, while the Boltons are in prison; Charles Bolton argued that the U.S. District Court does not have the authority to impose restitution. The Fifth Circuit Court of Appeals disagreed, ruling that the court does have the authority to impose restitution, but not to schedule payments that coincide with prison time. For that reason, the district court’s restitution order was modified so that payments begin when the Boltons begin their terms of supervised release.

“ʻUnder the Sentencing Guidelines, the base offense level for a tax fraud offense derives from the amount of loss that is the object of the offense,ʼ”

the Court of Appeals decision stated.

“ʻIf the tax loss is uncertain, the district court is permitted to ʻmake a reasonable estimate based on the available facts.ʼ”

“Here, the district court’s total loss amount of $145,849.78 … was based on the tax owed as a result of the charged offenses ($117,369.84) and the estimated amount of tax that the Boltons failed to pay ($28,479.94) on the food stolen from the FCSO Detention Center that was used at their businesses. Testimony was presented at trial that the Boltons received … approximately $273,000 worth of checks from [Attorney John] Lee as income. Charles incorrectly argues that using the tax loss amounts from the Lee checks was error….”

The Court of Appeals said that statements made by Charles Bolton,

“do nothing to undermine the information in the PSR or show that it ‘was inaccurate or materially untrue.’”

It also affirmed the district court’s decision to include taxes owed on the income from Count 1, even though Charles Bolton was not convicted of attempted tax evasion.

“…[T]he district court’s inclusion of the loss amount from Count 1 was proper. Charles’s acquittal on Count 1 did not prevent the district court from considering the conduct underlying the acquitted charge as long as it was proven by a preponderance of the evidence, which it was in this case.”

The court ruled that the evidence presented at trial was sufficient to prove that the Boltons committed tax fraud in 2009 and were convicted of filing false returns that year. Also, the Court of Appeals commented that the district court determined the restitution amount with the same figures it used to calculate the damages amount, concluding that Charles Bolton failed to show an abuse of discretion.

In addition to objecting to the amount of restitution, Charles and Linda Bolton each disputed the length of their respective sentences.

The Court of Appeals decision explains that the district court is authorized to impose a variance based on relevant conduct and that in this case, an extra 12 months was added for the unpaid taxes on the food Bolton stole from the Forrest County Sheriff’s Office Detention Center for use at his Sports 22 restaurant and catering business.  The food thefts were admitted in pre-sentencing reports and supported by witness statements, the court said; furthermore, there is a need to deter future criminal conduct.  The court also points out that the conduct was not established as untrue, inaccurate or unreliable.

“ʻ…[C]ontrary to Charles’s assertion, the record reveals that the district court explained that it was imposing the upward variance because, among other reasons, “[t]here was a culture of corruption in the Forrest County Jail, and [Charles] knew it and . . . allowed it to go on.” For these reasons, Charles has failed to show that the district court plainly erred in imposing his sentence….’”

Linda Bolton claimed that the length of her sentence was not appropriate for the level of her involvement and that the district court did not consider her age, the minimal odds that she would become a repeat offender, and other relevant factors. However, the court of appeals described her argument as “misplaced” and noted that her sentence falls within federal sentencing guidelines.

In appealing, the Boltons filed a number of other arguments, each considered by the court and found to be without merit.  They claimed:

Charles Bolton has been incarcerated in federal prison since May 3, 2017. His request for release pending appeal was denied by the district court. 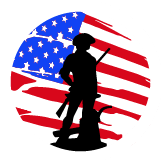 (Part 1) Kenny Fairley, Johnny Dupree, and the path to indictments