After review by independent attorneys advising a group of concerned citizens, one attorney called the contract “an annuity for Groundworx.”  Another said Groundworx had “no skin in the game.” Groundworx itemized each item that the city would be paying for under the agreement. Among the items on the list were a $100,000 welcome center and $5,000 for rain coats. Groundworx comes to the table with virtually nothing from an operational standpoint, relying on a $140 million dollar bond to jump start the fledgling company, which includes a baseline Annual Payment of $16,600,000 plus interest.

Groundworx was banking that a contract with the city would be enough to secure financing for the project, but this proved incorrect. The bond underwriters didn’t see the money in the city’s budget to pay for the massive construction project and operating expenses. The bond underwriters were looking for Hattiesburg to show we could afford the contract before putting the bond on the market. 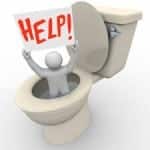 Concerns among members of the community have surfaced over Dryden and Bradley’s apparent family connections to the half billion dollar project. Relatives of the two council members stand to profit substantially from the Groundworx project. The Groundworx contract is expected to be terminated with cause in early June, opening the door for the Mayor and council to step back choose the only solution, which is to repair our current system and begin meeting EPA requirements.

*If you received a google docs error either refresh you page or click the download link and the document will open.