Carl Nicholson, a founding member of Nicholson & Company, one of the largest public accounting firms in the state, is also a Forrest County Auditor and former member of the IHL Board of Trustees.  Nicholson was arrested at the Lamar county jail during the early morning hours of October 4th.  Nicholson was charged with public drunk, public profanity, and disorderly conduct.

Just to clarify, Nicholson actually went inside a jail, where he was arrested for public drunk, disorderly conduct, and public profanity. He was not arrested at another location and brought to the jail. He was arrested after he entered the jail.

While many inmates would love to break out of jail, it would appear Nicholson broke into jail. 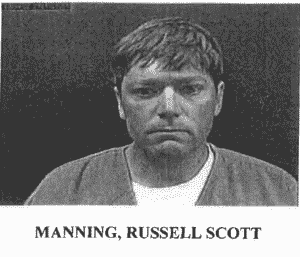 It all started when Nicholson’s stepson, Russell Scott Manning, was arrested for DUI at a road block near Hwy 98. Both he and Nicholson attended a wedding at Canebrake. Manning’s one call was to Mr. Nicholson. Sources told the Hattiesburg Patriot that when Nicholson arrived at the jail, he buzzed the door, but then impatiently called 911; flying off into a drunken, profane laden temper tantrum.

After Nicholson was allowed inside the facility, his profane laden tantrum continued, until he violated multiple orders to cease his tirade. He was then arrested and charged with three misdemeanors. Lamar County jail records are embedded below.

Nicholson, a resident of Forrest County, is accustomed to getting special treatment by Forrest County Sheriff Billy McGee and Chief Deputy Charles Bolton. A source not authorized to speak to the media told the Hattiesburg Patriot that Chief Deputy Charles Bolton called the Lamar County Sheriff’s office, and said he would come pick up Nicholson. That request was apparently rebuffed by the Lamar County Sheriff’s office. Nicholson’s special treatment appears to end at the Forrest county line.

It is also important to note that Nicholson’s firm previously audited the city. The person at the firm who was responsible for the audits, James Polk, was later busted for manufacturing methamphetamine after he left the firm to work for the city as an accountant.

The Hatteisburg Patriot called Mr. Nicholson for a comment on the matter. He had none. In another matter a year or so ago,  Nicholson told the Hattiesbug Patriot, “I’m getting ready to fu$%!ng bust your ass.”

*Information redacted in the below documents was done by the Lamar County Sheriff’s Office.
nicholson