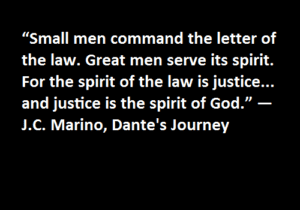 nepotism – The practice among those with power or influence of favoring relatives or friends, especially by giving them jobs.

The Forrest County Board of Supervisors has a long standing practice of engaging in conflicts of interests and violations of basic ethics laws. The problem with the ethics statutes in Mississippi is there are no teeth of enforcement for violations, since violating ethical statutes is not a crime. The public is at the mercy of those elected to hold themselves to an ethical standard. However if a board works collectively, they can easily thumb their noses at the spirit of the law and appoint relatives to paid positions of power and trust by colluding with other board members.

Money is the key to power in government, and Forrest General Hospital is the golden goose which lays hundreds of millions of dollars a year in golden eggs. Whether it’s  jobs, service contracts, construction contracts, land acquisitions, advertising dollars, or grants, FGH has become a slush fund of power, influence, and control.  Like marionettes, the FGH board members dance to the tune of the Forrest County Board of Supervisors; even funneling money back to the Board of Supervisors through grants.

Supervisor Burkett Ross used this grant money to pay twice for a voting precinct, which created a windfall to the landowners, Jim Dukes and Bud Holmes.

Dukes is an attorney for Forrest General Hospital and the former Attorney for the Forrest County Board of Supervisors.

The minor issue for unethical boards and politicians who want to stack relatives on boards, is statute 25-4-105(1).  The statute reads in part,”

Mississippi Ethics Opinion 07-032-E states that an public servant must recuse themselves when a relative is being appointed to a paid board position, The opinion states, ”

A total and complete recusal requires the public servant leave the meeting room before the matter comes up for discussion and remain absent until the vote is concluded. The public servant must not only avoid debating, discussing or taking action on the subject matter during official meetings or deliberations but must also avoid discussing the subject matter with anyone. This includes casual comments, as well as detailed discussions, made in person, by telephone or by any other means, otherwise the attempted recusal simply becomes an abstention. An abstention is considered a vote with the majority,. Furthermore, any minutes or other record of the meeting or other proceeding should state that the recusing member left the room before the matter came before the public body, that he complied with all of the above requirements and did not return until after the vote.”

Dr. Hogan was successfully appointed, with just the two votes of Rod Woullard and Chris Bowan. While this wasn’t a violation of the letter of the law, it is a perceived as a violation of the spirit of the law; since Hogan is the father of Supervisor David Hogan. If Supervisor Hogan had discussed his father’s potential appointment with anyone prior, including a fellow board member,  he would have been in violation of 25-4-105.

In May of 2012 Reginald Woullard was reappointed to the FGH Board of Trustees. Supervisor Rod Woullard violated ethics laws when he made a motion to re-appoint his brother, and violated it once again when he voted for him.

For some unknown reason, on or about January 20th, 2016, Supervisor Rod Woullard called and requested an ethics opinion with the Mississippi Ethics Commission regarding the appointment of his brother, Reginald Woullard, to the FGH Board of Trustees. The Commission’s initial email response to that call is below and states,

obtain or attempt to obtain a monetary benefit for a relative, which includes a parent, spouse, child, sibling and some in-laws. See Section 25-4-103(q) above. Any compensation paid to the relative for serving on a board or commission would constitute a pecuniary benefit resulting from the appointment. Therefore, county supervisors may not appoint their relatives to serve on boards and commissions which receive a per diem or other compensation.

Even if the relative were to serve on the board or commission without any compensation, the appointment of a supervisor’s relative would contradict the public policy codified in

Section 25-4-101. Public servants should pursue a course of conduct which does not raise suspicion among the public that they are violating the public trust and which will not reflect unfavorably upon the government. Therefore, a county supervisor should not appoint his or her relative to serve on boards and commissions, even if the relative will serve without any compensation. See also Advisory Opinion No. 08-120-E. MISSISSIPPI ETHICS COMMISSION

In order to comply with the letter of the law, the Forrest County Board of Supervisors had Dr. Hogan and Reginald Woullard

resign from the FGH Board on January 20th, 2016; only to be immediately reappointed in the same meeting, just minutes later. Supervisor Burkett Ross played ball and nominated both Dr. Hogan and Reginald Woullard to the FGH board.

It appears they are colluding to violate the very spirit of the law. The Mississippi Ethics Commission opined that the family members on the FGH Board could not be paid, since their appointments violated the ethics statutes. This is what led to the switch-a-roo in January 2016.

Most of the Forrest County Board of Supervisors don’t appear to be concerned with suspicion among the public or following the spirit of the law. It appears what they are concerned with is the control of money, contracts, and resources for their friends.

All documents are below.

Forrest County Board of Supervisors paid twice for voting precinct.