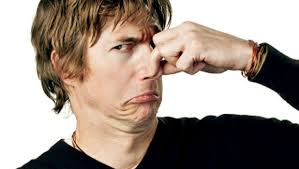 In 2001 Mayor Dupree signed an agreement with USA Yeast, to supply water to the factory as well as treat its waste. The agreement (embedded at the bottom), which led to our town smelling of methane and sulfur compounds is the result of a complete and utter lack of due diligence by the mayor and the city council at that time.

Waste is categorized with a rating called BOD, which stands for Biochemical Oxygen Demand. BOD is defined below.

Biochemical oxygen demand or B.O.D is the amount of dissolved oxygen needed by aerobic biological organisms in a body of water to break down organic material present in a given water sample at certain temperature over a specific time period. The term also refers to a chemical procedure for determining this amount. This is not a precise quantitative test, although it is widely used as an indication of the organic quality of water.[1] The BOD value is most commonly expressed in milligrams of oxygen consumed per litre of sample during 5 days of incubation at 20 °C and is often used as a robust surrogate of the degree of organic pollution of water. BOD can be used as a gauge of the effectiveness of wastewater treatment plants. BOD is listed as a conventional pollutant in the U.S. Clean Water Act.

Noticeably missing from the contract is any limit on the BOD levels being dumped in our treatment system. Sections 3.1 and 3.2 of the agreement clearly stated that the city had the capacity to treat USA Yeast’s waste, which it clearly did not. Had the mayor, or any of our city council at that time done their homework, Hattiesburg wouldn’t have the terrible odor problem it has.  The fact of the matter is our city’s lagoons are much to deep to oxygenate and treat the high DOB waste coming from USA Yeast. The waste is dense and sinks to the bottom of the 15 foot deep lagoons.  The city’s waste water treatment system never possessed the capacity to deliver enough oxygen to this waste to break it down, especially at the bottom of our lagoons.   So when weather warms up and the temperature changes This rotting sludge releases toxic gasses, which pollutes our city.

After years of pollution, Mayor Dupree finally decided to sue USA Yeast, seeking to change the agreement. With EPA fines piling up against the city for polluting the Leaf River, a lawsuit was filed.  Shortly thereafter, the Mississippi Development Authority (MDA), halted MDA funding to the two downtown renovation projects owned by Hub City Loft’s. Funding would not resume until the lawsuit was settled.  Governor Barbour even told city officials that he backed MDA’s decision to halt our funding. After all, it was MDA who delivered USA Yeast to Mayor Dupree after the company had been kicked out of Alabama. So, why should he back Hattiesburg when we agreed to this bad deal?

The agreement clearly states the city has the capacity to treat their waste.

WHEREAS, as a normal by-product of its manufacturing process, U. S. A. Yeast produces Effluent that must be properly handled and treated, and the City owns and operates a waste water treatment system with a capacity currently capable of handling, treating and otherwise disposing of Effluent to be produced by U. S. A. Yeast;

Below is the contract Mayor Johnny Dupree signed with USA Yeast in December 2001. Click the icon in the top right to enlarge the document. *Please recommend or share this information on social media.