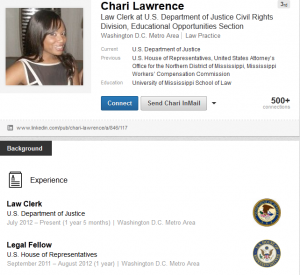 In the next four years over 700 city jobs are employed under the Mayor, along with a $60+ million dollar annual budget, and the added lifetime expenditure of a generational $180 million dollar sewage treatment facility. So, not surprisingly many of the questionable and illegal ballots uncovered recently have been cast by city employees who stand to lose their jobs under a new administration. Included in the questionable ballots are a city judge, a city public defender, two Hattiesburg firemen, and a Hattiesburg Public School Human Resource Director. So, one has to ask, what about family members of city employees who stand to lose their positions? Might they have a motive for casting questionable or even illegal ballots?

One appointed position which likely faces an uphill battle is that of City Attorney Charles Lawrence. Mr. Lawrence a former councilman, municipal judge, and current city attorney has faced strong criticism by this publication and citizens concerned about transparency in our government and civil rights abuses perpetrated against its citizens.

When the Municipal Court scandal broke, Attorney Lawrence and Mr. Dupree constructed an unsigned Mayor’s report which was delivered to city the council. The unsigned report sanitized and even attempted to hide possible crimes, including bribes and the altering and destruction of official court documents by clerks as training matters. A leaked HPD internal affairs investigation report detailed a number of possible crimes that occurred. This leaked internal affairs report led the city council to unanimously and publicly admonish the mayor. The mayor was accused of “whitewashing” the facts and the Hattiesburg Patriot drew a possible conspiracy connection between the Mayor and City Attorney (see link). The city council’s letter admonishing the Mayor (see link) was read aloud, into the record, by Council President Kim Bradley. It was not the Mayor’s or City Attorney Charles Lawrence’s finest moment.

City Attorney Lawrence has made other poor choices which has led to public criticism.  During the Ware vs Dupree trial Mr. Lawrence asked HPD Major Hardy Sims to use a federal NCIC criminal background database on citizen and Dave Ware witness Arthur Smith. The NCIC background database can only be lawfully accessed for investigating crimes and possible terrorism activities.  Mr. Smith was merely a witness being called by Mr. Ware’s legal team. The actions of Charles Lawrence and Hardy Sims were likely a violation of Mr. Smith’s civil rights, and almost definitely a violation of federal law. It is certainly reflective of departmental leadership which abuses its power and resources to unfairly target citizens. Furthermore, why was the Hattiesburg City Attorney involved in a personal lawsuit against the mayor?  It all reeks of corrupt activity or abuse of power at the very least.

In an interesting twist it has been uncovered that Mr. Lawrence’s daughter, who has worked in Washington, DC for two years five months voted in the September 24th Special Mayor’s Election. Ms. Lawrence works with the Department of Justice in the Civil Rights Division, Educational Opportunities Section,  and she previously worked with the U.S. House of Representatives.   Ms. Lawrence owns no property in Hattiesburg and her last known residency in Hattiesburg was her parent’s home.  Ms. Lawrence is 27 years old and voted by absentee ballot September 24.  There is no record of Ms. Lawrence voting in the June 4th election, and the Hattiesburg Patriot could not locate a voting record for the 2012 Presidential Election.  This absentee ballot raises more questions about legal, voting residency. 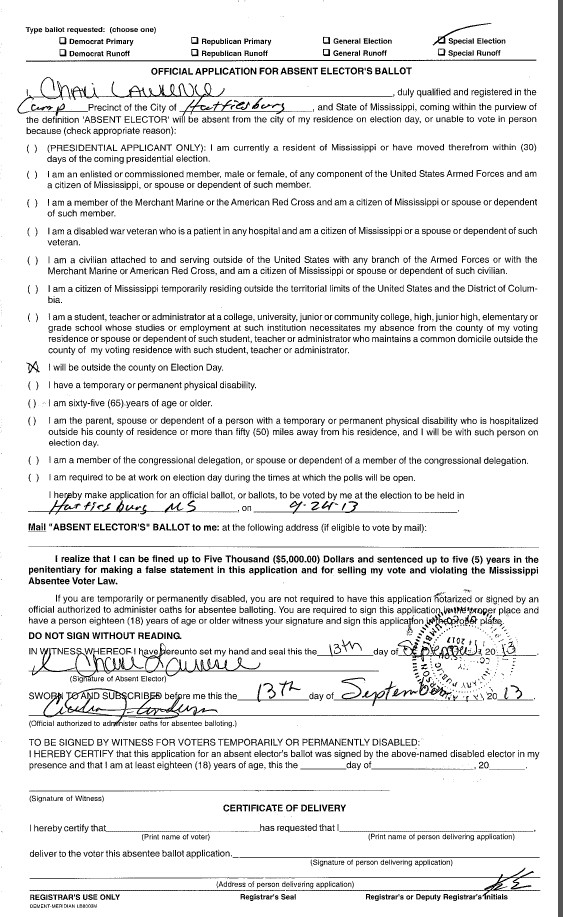