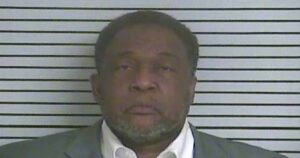 Kenneth Fairley was sentenced December 19th, 2016 on three felony counts. One of those counts was conspiracy, and the other two counts were receiving stolen property. On appeal, the appellate court ruled that jury instructions were flawed as they pertained to the two charges of receiving stolen propery, and the sentences were vacated by Judge Starrett on March 12th, 2018.

The catch for Fairley is the three sentences were running concurrently, meaning at the same time, as opposed to consecutively, meaning one after the other.  While Fairley supporters are cheering a victory, it may not be much of one, if at all. All Judge Starrett would have to do, according to a reply brief by Federal prosecutors, is to discharge the mandatory assessments for the two vacated charges. That’s just $100.00 per charge. So, Fairley will save $200 total after having spent tens of thousands of legal expenses.

If Judge Starrett holds a new sentencing hearing for Mr. Fairley, it could end up badly for him. To hold a new hearing would involve transporting Mr. Fairley back to Mississippi, which would be costly to taxpayers, and according to prosecutors unnecessary, unless Judge Starrett plans to impose a more stiff penalty than he did before.

The government stated in its reply brief for Fairley’s motion for a new sentencing hearing and bail pending that sentencing,

” If this Court were to consider imposing a more onerous sentence than Fairley originally received on December 19, 2016, then the Court should follow the procedure defendant Fairley advocates. But if the Court is satisfied that Fairley’s sentence need not be altered in light of the vacated convictions, the Court is authorized to exercise its discretion to do so without another sentencing hearing. In this event, the Court would merely be correcting a discrete part of the sentence to eliminate the $100 mandatory assessments imposed on account of the vacation of the convictions on Counts 2 and 3. The Court could correct the judgment without the necessity of holding a resentencing hearing and without the costs associated with transporting the defendant back to Mississippi.”

A local pastor spoke on behalf of Kenneth Fairley prior to his trial and referred to him as a “tree shaker,” who was “stirring everything up,” so people could “make jelly” with the fruit of Fairley’s efforts. This led to the birth of the hastag #TreeShakersAndJellyMakers on Facebook. For the history of this on Facebook, search that Hashtag.