A 2012 email obtained by the Hattiesburg Patriot depicts an engineer with Air Diffusion technologies at his wits end having to deal the Hattiesburg City Council’s irresponsible wastewater decisions. The city council refused free bottom air for the north lagoon in favor of much more expensive, less effective surface “paddle boat” aerators, which were known to be largely ineffective in lagoons deeper than 4 feet. Hattiesburg’s lagoons are 10 feet deep. The bottom aeration could be paid for with the electrical savings. The Engineer, John Hilde, with Air Diffusion Systems, says in a 1.15.2012 email, 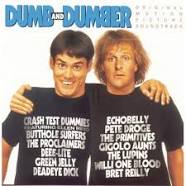 ” I am so frustrated with the lack of cooperation in Hattiesburg city Council that I have washed my hands of Dumb and Dumber political leaders. They all need to study energy and accounting! What they (City Council) are doing is inexcusable and the people need to be told the truth.”

During an expansion of the city’s lagoon system, members of the city council voted to purchase top surface aeration that was known to be ineffective at breaking down sludge at the bottom of the lagoon. Surface “paddle boat aerators” use a tremendous amount of electricity; much more so that bottom air bubblers. Cost savings from electrical and maintenance expenses would have paid for the correct aeration.

“Why would the city want to repeat the previous mistakes by installing horizontal rotor aerators in the new North lagoon System, that created issues in both systems?”

“Why would the city want these issues to come to the forefront during the next few years and, also, appreciably increase the power consumption?”

“What would the citizens think of the city wasting $283,000.00 per year, not to mention the capital expenditure for another system that has already proven inefficient.”

“I would think the citizens would be concerned about using an aeration system, that has failed in the past, and increased power consumption.”

Mr. Mitchell’s full letter along with bio engineer John Hilde’s email is below. If you see a Google error, either refresh the page of click the download link and it will populate the window.

Frank Dungan, a former disaster and emergency planner for the federal government, is used to solving problems. The 61-year-old...

How much difference can one player make in a...

Raylawni Branch to Sean O’Hara, “You took advantage of a man...