(Part 1) Kenny Fairley, Johnny Dupree, and the path to indictments

Many people in the community may recall a mortgage flipping scandal involving a number of criminals which occurred in the late 90’s and early to mid 2000’s.  A msNewsNow report dating back to 2006 reported on the mortgage fraud scheme saying,

“Five people have pleaded guilty to Federal charges of mortgage fraud for their role in a scheme ran by alleged conspiracy ringleader Richard Lucas. Phillip Weary, William Vaston Fairley, Jafus Jones, Kenneth Fairley Jr., and Kristy Packer admitted their participation in the scheme when they entered their pleas Thursday in federal court in Hattiesburg, U.S. Attorney Dunn Lampton said in a statement. Lampton said the five are expected to testify against Lucas during his trial with two other co-defendants — Kimberly A. Castle and Kenneth A. Stalnaker.”

An inman.com report dated back in 2006 reported,

One of the properties involved in the mortgage fraud was a property down the street from the Mayor’s house and across from Mt. Carmel Church; located at 127 East 5th Street. Following the chain of title on the property is fascinating; however, it raises many more questions along the way.  It truly is a chain of past and possible future indictments.

The chain began back in November 6th of 2000 when, Kimberly Castle, a local attorney at the time, prepared a QuitClaim Deed on behalf of Mt. Carmel Baptist Church of Hattiesburg.

(2) Just two days later, the property changed hands again to a Victoria and James McNeal.  (Documents reveal the funding for the 2000 mortgage used to fund the fraud came from the Superior Bank of Chicago via a subsidiary known as Alliance Funding. Superior collapsed in July of 2001, and was taken over by the federal government.)

(4) Dupree, the straw man in the transaction, held the property for just four months before giving it back to Mount Carmel Church on February 9th, 2004. (The deed was officially recorded on the 14th of February, 2004).

The property made it full circle, through Mayor Johnny Dupree (individually), and is now the subject of a 2nd fraud investigation in 10 years, with the most recent being connected to his administration’s Federal Programs Department.

Pinebelt Community Services has been a train wreck looking for an accident prior to the indictment of Fairley. Upon examination of Pinebelt Community Services it is discovered that one of the incorporators was Richard Lucas. Lucas was one of the ring leaders who pleaded guilty and served time in the late 1990’s early 2000 era mortgage fraud scheme in Hattiesburg.  Lucas was reported on in the MS News Now link, along with others, in the 2nd paragraph of this article. Lucas appears to have very close relationships with the Fairley enterprise; however, he was not indicted in the alleged Fairley HUD fraud scheme.

Pinebelt Community Services is what’s known as a CHUDO. It stands for Community Housing Urban Development Organization, and it is one of two that the city works with to direct federal monies, for the intended purposes of assisting low income families with affordable housing.  Its manager, according to multiple sources, for a number of years was Mayor Johnny Dupree’s wife, Johniece Dupree.  It’s not clear if she knew of the actions being alleged in the indictment.

Another person close to the Fairley is Clarence Williams. Williams worked for Fairley, and it has been reported to this outlet by multiple sources wishing to remain anonymous that Williams worked with Pinebelt Community Services under the direction of Johniece Dupree. Williams left Pinebelt Community Services for greener pastures; where he could likely utilize his talents to their fullest extent. That new job would be with the City of Hattiesburg in Federal and State Programs; the very department that helps to direct federal funds to Fairley’s CHUDO organization. 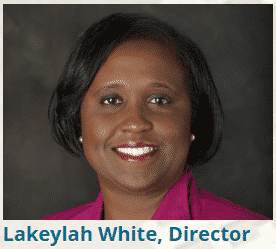 The person who hired Williams was Lakelia Whites. White was appointed by Mayor Dupree in March of 2014. She hired Clarence Williams in December of 2014 as her Division Manager of Federal Programs. White’s department appears to be at the center of a major federal fraud investigation, and that’s not a good place to be for a Director.

The Hattiesburg Patriot caught up with Mayor Johnny Dupree to ask him for a comment on his role in the property.

It is becoming apparent that federal investigators are now in City Hall’s Federal Programs Department, and the State Auditor has an unconfirmed investigation into bid rigging at the city, which points to the purchasing department. This site reported on that over a year ago, when it was discovered the State Auditor had seized records from Purchasing. That story can be read by clicking here.

The chain of title for the property which is the subject of the alleged Kenny Fairley HUD fraud scheme is below. It covers items 1-5 above in chronological order.

Frank Dungan, a former disaster and emergency planner for the federal government, is used to solving problems. The 61-year-old...

How much difference can one player make in a...

Councilman Carroll to revitalization consultant, “Land code does not seem to...