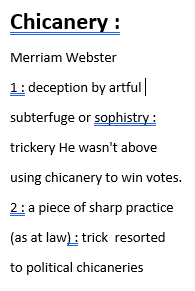 “̒Per conversations I’ve had, I’ve been under the impression it would be Calico, but that is really up to the senior judge and the sheriff to say who gets named to that position. It would be (the supervisors’) job to acknowledge it.’”

“The new rules make it incumbent on the senior circuit judge to review bonds for individuals that have been in jail for 90 days,” Helfrich said. “As we operate now, indigent defendants are punished more severely because they sit in jail waiting trial or disposition of their case.”

“̒(Calico’s) got all the contacts he’s gonna need to get information on these individuals to see if we can release them, pending disposition of the case,” he said.

“We need somebody that can look at these individuals’ criminal histories and look at their background and see if they are a danger to the community and this sort of thing. If they are not, they should be out on their own recognizance.’”

When the Forrest County Board of Supervisors approved the immediate change in Calico’s position on October 16th, 2017 the Board also unanimously approved a request from Sheriff Billy McGee, for “Investigator Nick Calico” to attend the 2017 Investigative Solutions Boot Camp Training Course. It seemed the only thing that had changed was Calico’s title and that he purported to not be working for the sheriff’s department.

Just a month and a half later, on November 30th, 2017, pictures surfaced of Calico in his Forrest County deputy’s uniform and riding a Forrest County Sheriff’s Department motorcycle in Hattiesburg’s Christmas Parade.  At that point questions arose as to whether Calico’s job change was chicanery? Was he still acting investigator as a court officer?  Calico’s actions in the parade would constitute yet another violation of the state Ethics Law (25-4-105(e) by Calico and the Sheriff, under Mississippi State Code of 1972), which states unambiguously that no public servant shall,

The next item HPNM discovered was a May 10th, 2018 request for “Investigator Calico” by Sheriff Billy McGee that Calico attend a law enforcement conference. Almost seven months after Calico purported to be an officer of the court, and no longer a member of the Sheriff’s department, Sheriff McGee requested,

This memo not only clearly demonstrates a violation of 25-4-105(e) and 25-4-105, as Billy McGee is still Nick Calico’s father-in-law and a conflict of interest still exists, but also raises some very serious issues dealing with the administration of justice in the Forrest County Circuit Court and the Sheriff’s department. Since October 16th, 2016 Calico is an officer of the court, paid by the court. He cannot work in any capacity with the sheriff’s department, let alone dictate policy and procedures to law enforcement officer. These actions on the part of some and inaction on the part of others is a thrust at the very heart of the separation of powers doctrine found in both the Mississippi and United States Constitutions.

Judge Helfrich and Court Liaison Officer Nick Calico did not respond to HPNM’s request for comment. Calico has announced that he will be a candidate for Sheriff in the upcoming election. Under MS CODE 25-4-111, the authority to take action for these violations lies with a competent Circuit Court.

With hospitals under strain, health officials beg people to get COVID,...