Dupree will not seek to recover $840,000 in losses from top political contributor’s “rope-a-dope” management of sewer project.

“My (arbitrator’s) conclusion is that the city and Mr. Wallace have engaged in what I’m going to call a rope-a-dope approach to this case, to this contract, to this litigation without any real effort to provide meaningful factual or legal defenses” (page 28 lines 4-9)

A $1.8 million dollar sewer project turned into a massive loss for taxpayers when the engineer for the city, Kyle Wallace with Shows, Dearmon, and Waites, breached the contract, according to the findings of an arbitrator. (page 17 lines 20-23)  The ruling was upheld in Circuit Court. Wallace and his firm are top campaign contributors to Mayor Johnny Dupree.

According to the findings, Kyle Wallace, the city’s agent for the project breached the contract in a number of ways.  The arbitrator found the following with regard to Shows, Dearmon, and Waits’ engineer, Kyle Wallace.

According to the Arbitrator 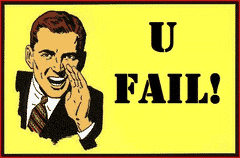 “I find Mr. Wallace’s actions on this project to be questionable. I find some of his testimony to lack credibility.”

“make the necessary arrangements for easements, rights-of-way, and other such issues before issuing a notice to proceed” and that “the city failed to do so in violation of that section.” 6.3(a)

The arbitrator also determined that the contractor had to

“de-mobilize and re-mobilize five times to meet the changing work conditions, all against a backdrop of a contract where the days were ticking down towards the 350 day limit.” (page 11 line 3-10)

“I find that there would not be a reasonable way for a contractor exercising reasonable diligence to become aware of the condition before the project began.” (page 15 lines 1-4)

What is so troubling about these losses is Mayor Dupree has no plans to go after his top political contributors Shows, Dearmon, and Waits’ bond to recover the taxpayer’s losses.  No one on city council has pushed the issue.

Concerned citizens can call 601-545-4500 and ask to speak to the mayor. Demand that he go after the bond of the engineering firm to recover our money. Also, citizens can email the council at council@hattiesburgms.com and demand their action.

If you like our work, please sign up as a supporter by clicking here. No salaries are taken with this site. All revenue goes to research, web hosting, and sponsored stories.

Below is the arbitrators report.