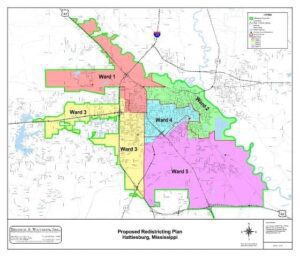 Our constitution requires that there be no more than a 10% disparity from the most populous ward to the least populous ward. Presently it is slightly over 40%. As a result there will be a redistricting of the city’s wards. The above video provides the details as presented to the city council and mayor.

Chris Watson’s proposed redistricting plan was blasted by Delgado with a direct response to the proposal. “I am pretty astonished at these numbers. “That is not going to fly.” Delgado said. Delgado went on to say “What are you doing here?” “This diminished minority voting strength.” Delgado then iced the cake by adding, “I didn’t think your company should have been chosen.”  I would not have wanted to be in Mr. Watson’s shoes. All that was missing was Nene Leakes from the Real housewives of Atlanta with an infamous “CLONK!” to punctuate the remarks.