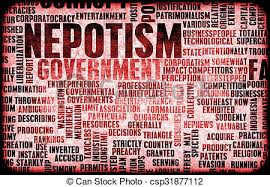 Hattiesburg Public School District has been on a financial downward spiral ever since 2011, when two things happened. Katrina grant funds ran out, and James Bacchus became Superintendent of HPSD. Bacchus’ appointment was a shock to many, as Bacchus had done a terrible job in his public interview, according to many in attendance. Bacchus also was the only candidate who didn’t have a Doctorate. So, when he was appointed by the board, it left many people scratching their heads.

During that time, under Bacchus leadership, the district rapidly expanded its payroll, creating new positions not just in administration, but everywhere. One of the newly created positions was the Director of Early Literacy. The position came with a salary of over $80,000 when it was created. The person who was hired for the position was Deborah Woullard. Mrs. Woullard is the wife of Forrest County Supervisor, Rod Woullard. Mrs. Woullard was a retired principal of one of the most successful schools at the time.

With Katrina grants running out and significant increases in hiring and pay raises, and with no adjustments to spending elsewhere, the District began running immediate deficits. The District covered these deficits by borrowing money using Tax Anticipation Loans. 50% of the schools in the state use these loans to get them through periods until their tax money arrives, but these loans are not intended as long-term deficit financing mechanisms. From 2011 to 2015, the Board of Trustees, under the leadership of Marcus Cathey, maxed out their ability to borrow additional funds against the district’s tax revenue, The board hit their maximum borrowing capability after accumulating over $7 million dollars in loans.

The district also depleted its fund balance from well over $4 million to just over $700,000 in December of 2015 when Bacchus resigned. At that time, Dr. Greg Ladner took over as interim Superintendent. Ladner cut everything and everyone who wasn’t a necessity and under contract. The nationally acclaimed debate team personnel was cut from 2.5 teachers to one. Other programs were cut to the bone or eliminated completely. The Human resource department was restructured, and by June, over 53 positions were cut completely. Over the previous five years, the district blew through approximately $10 million covering the deficits, and now it was left with a forecasted 1% ($400,000) of its total annual operating expenses in the bank and barely avoided going into the red.  **This number has since changed after the July Board meeting. The school will have over a $1 million dollar balance as a result of higher tax receipts and lower expenses due to massive cuts.

As the dust settled on June 30th, there were still unnecessary, administrative positions which had survived.  They would have to be dealt with by a new Superintendent.  Eliminating these positions were going to be very tough for any superintendent, as there was tremendous political pressure behind the scenes to keep these positions.

One of those hot button positions was the Director of Early Literacy, held by Supervisor Rod Woullard’s wife. It is widely accepted by people informed on the school district’s finances and structure that many more cuts in personnel are necessary. Things seemed to be moving in a new direction when, on April 14th, Carey Varnado replaced board member, Mary Williams. Williams resigned a few weeks earlier. On May 8th,Eric Steele was appointed to the board to replace David Garraway.  Garraway was not reappointed by Mayor Dupree. With two new board members in place, there was some hope for a change.

That hope would be short lived.  Not one, but two newly appointed Superintendents resigned one after the other. Tony McGee, the superintendent of Scott County School District, was offered the job first, but very shortly thereafter he backed out.  A few days later, Janice Johnson, the assistant superintendent of the Biloxi Public School District was offered the job. She showed up a week before her official day.  Board member Carey Varnado told the Hattiesburg Patriot on June 28th, ”

Dr. Janice Johnson came to work a week early. The first official day was supposed to be July 1. She is already acting to make some serious changes that need to be made. She is seeking a lot of input from school employees and board members. She is a very quick learner, and I’m confident she is going to be exactly what the Hattiesburg schools need.”

Three days later on her first official day on the job, July 1st, Dr. Johnson quit. People wondered what was really going on in the District and this site has found out what happened.

Board member Eric Steele, a close personal friend and longtime schoolmate of Rod Woullard, reportedly put pressure on Dr. Johnson in a closed door meeting and let her know that Deborah Woullard would remain on the payroll. Sources who did not want to be named for fear of retaliation tell the Hattiesburg Patriot that Dr. Johnson was faced with the reality that she would be held accountable for a district which she didn’t have control over, and decided to quit.

This situation needs to be investigated by the Mississippi State Board of Education.

**If you want to help bring Hattiesburg Problems to light, please consider joining as a Patriot Plus member. It’s $7.95 per month and will give you access to private discussion forums, future web cast, and greater detail about current and future reports. HPD and Forrest County Sherrif’s office Scanner feeds will be available as well beginning next week.  You can sign up by clicking here. All revenue will go towards future investigations and promoting sponsored stories.